Been working a little on my new Rafferty crime novel this morning. Don’t usually work on Sundays, but I’ve been struggling to set up a humorous sub-plot for this one. I’ve now got one that I think has legs and managed to add eight pages – though not typsescript pages, alas! Shorthand notebook pages only, so it will type up much shorter. But it’s a start.

The main plot is going pretty good. Still waiting for the witty one-liners to surface. But they’ll come. They always do. All it takes is thinking about the book and the characters. Still can’t quite make my mind up about the murderer. I have two prospects. Must plump for one or the other. Hmm. Anyone out there working on a new book? Post a comment about how you’re getting on. I’d be interested to hear.

It’s lovely and sunny here (Norfolk, England), so will be going out the garden later to do some more pruning. Place looks like that neighbour’s house who has the rusted car on bricks surrounded by weeds, at the moment, just minus the car. Haven’t had time and my hubby’s been too poorly to do it. We’d get a gardener in to sort it out but funds are too low at the moment to indulge in such a luxury. Waiting for my royalties and several advances. You know the feeling. A Regular paycheck would be nice. Sometimes, anyway. Though having to do the job that comes with it aint so attractive…

Hope to go down to London next month to stay with George’s son, Mark. He lives in a swish flat in Earl’s Court, which I have yet to see, so I’m looking forward to that. Even though I’m a Londoner, I haven’t been to The Smoke for a few years as my family have all left the capital and are spread far and wide.

Must go. The pruning shears are calling. Till next time. 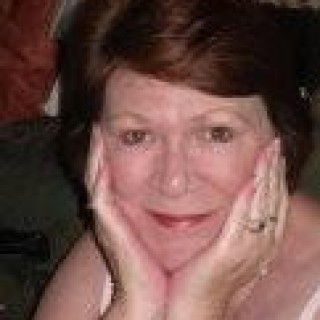